The Ghosts of Butterburn Court 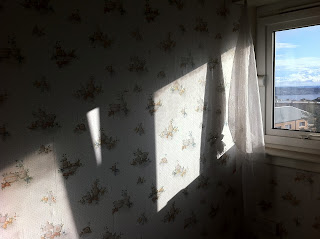 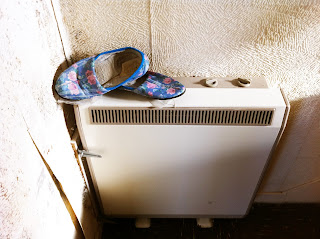 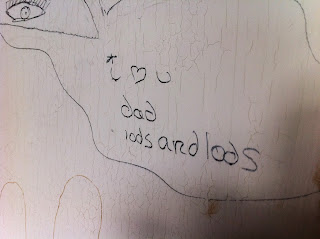 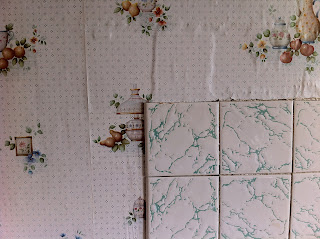 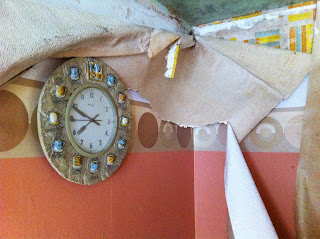 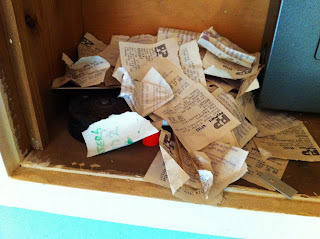 Footage from last weeks visit to Butterburn Court, one of Dundee's tallest tower blocks at 23 storeys/67m tall. It was built in 1971 along with its sister block, Bucklemaker court. Both blocks are scheduled for demolition in 2012 so I was so delighted to, along with a few other Artists,  have the experience of walking through the shells of peoples lives, imagining all I could about the people that lived there.  Once again I was interested in the way my engagement with other peoples environments opened up a space where I began to reflect on my own experiences.  I am interested to see how the material I captured developes, and would be keen to compare what I got out of the experience with the other Artists and what this could say about our individual concerns.
Posted by rowanbeth at 08:15 1 comment: 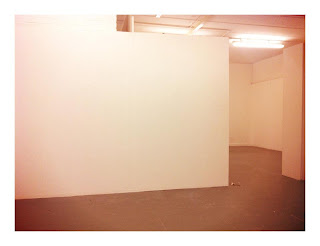 A week has past since RAGTALES rocked DOJ’s Whitespace with rails of second hand swag and flocks of students all hustling for a bargain.  By 9pm on Friday night, just two hours after close, the place was once again just space, a container for my reflections on the two-day pop-up sale.  Remembering the frequently asked question “Where did you get all this stuff?” amongst my thoughts of the stories that proved their attachement to me, I resolved that the selling process was refreshing; people were taking away parts of my life, but it was okay because they bought it, so they wanted it.  The item’s memory making abilities would live on.
Through the act of selling I felt an attachment to some items more than others and this is how I selected the memories I would blog about.  The customers who bought a memory item received a number to correspond with their items blog entry, a note of my blog address and an invitation for them to contribute to the blog when their purchase took on a new memory.
On Friday, exactly a week after the close of RAGTALES, at the GENERATOR ‘ Members Show’ opening,  a few RAGTALES customers were asking about the abscence of their blogged memory to which I replied along these lines: As I have been cementing my memories, I have also been looking out old journals and comparing  todays memory with the entry.  I have also looked out old pictures that show me wearing some of the items.  I realised how raw some of the memories are, something I am okay with but I need to be aware of those involved, so how much do I say in the blog? Do I type the memories? I like the idea of scanning them hand-written with bits scored out or making them into sound pieces.
When I buy something second-hand, I am intrigued to know who owned it, what their life was like, and I start guessing and building up storylines.  Perhaps this is enough and knowing the real story isn’t as attractive as imagined.  Would knowing the items real history alter our engagement with it in a negative or positive way? I am also interested in what I remember about the people who bought my stuff, what do I imagine about them? These are all of the thoughts I am processing and enjoying working through and this is just as significant a stage as the pop-up sale, so I wont rush it.
Do keep your eyes peeled though, the blogged memories are coming soon to a screen near you! In the meantime, get your purchase involved in some memory making, without the influence of my past...
Posted by rowanbeth at 16:35 No comments:

Buy a memory and make it yours...

In a few hours RAGTALES will open to the public and as items are purchased and memories attached to them come to the surface of my mind through the act of selling, I will be documenting them on the blog.  All customers are encouraged to participate to the blog in anyway inspired, for example when their purchase becomes one of their own memories.  I look forward to exploring the TALES behind the RAGs...
Posted by rowanbeth at 16:47 No comments:

A Matter of Process
Posted by rowanbeth at 16:30 No comments:

Poster
Posted by rowanbeth at 16:29 No comments:

Response
Posted by rowanbeth at 16:28 No comments: